As well as strategies that are focused mainly on the woman, interventions to help couples to become pregnant include some to directly help men who are subfertile and those targeting men where the couple has unexplained subfertility. One of the Cochrane Reviews with this focus on men looks at giving them oral supplementation with antioxidants, and new evidence was added to this in March 2019. We asked Rebecca Mackenzie‐Proctor from the Auckland City Hospital in New Zealand to bring us to up-to-date.

Many cases of male subfertility are thought to be due to the damaging effects of oxidative stress on sperm, with some estimates putting this as high as four in five men. Oxidative stress occurs when cells break down and release reactive oxygen species chemicals. This damages the sperm and its ability to fertilise an egg. One way that has been suggested to overcome it in men with low natural levels of antioxidants, is for them take these as supplements, and our review suggests that this might be helpful. This is similar to our 2017 Cochrane Review studying the effects of antioxidant supplementation for women, which also showed a positive association with increased rates of live birth or clinical pregnancy.

The previous version of this review of antioxidants for men was published in 2014 and this update has allowed us to add in a further 13 studies. This means that we are now evaluating 61 randomised trials, with more than 6000 couples attending fertility clinics. We included trials in which some men took an oral antioxidant supplement, while others were allocated to a control group or to take a different antioxidant; and the list of antioxidants, and substances with antioxidant qualities is long. They include Arginine, carnitines, carotenoids, coenzyme Q10, cysteines, folic acid, magnesium, polyunsaturated fatty acids (known as PUFAs), resveratrol, selenium, vitamin B, vitamin C, vitamin E, and zinc. 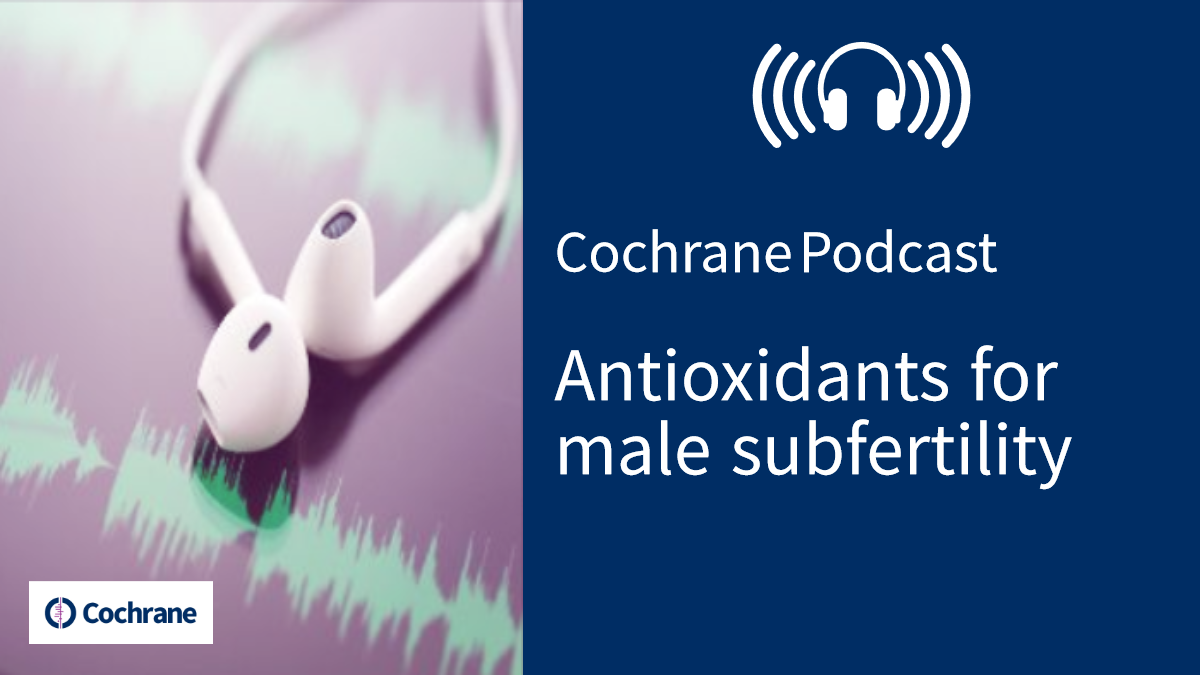 We were most interested in the effects on live birth, but also tried to examine the impact on the sperm, pregnancy, miscarriage and adverse effects. However, many of the trials did not report on these outcomes and, even when more than one did so, there was usually too much variation to allow meaningful pooled analyses.

This heterogeneity across the trials, or the lack of relevant data hampered what we were able to do and, for our primary outcome of live births, we were able to use data from 7 trials. These showed a statistically significant benefit for the antioxidant group, based on a total of 124 live births from 750 couples. Eleven trials reported on clinical pregnancy rate and, with 105 clinical pregnancies from approximately 800 couples, our meta-analysis found significantly more pregnancies in the antioxidant group than the control group. There didn’t appear to be any association between the antioxidants used in these trials and any increase in miscarriage rate, but adverse events of miscarriage and other side effects were poorly reported and there is insufficient evidence to conclude that the antioxidant was more harmful than a placebo.

It’s difficult to draw conclusions from the studies that compared different antioxidants head to head without more randomised trials comparing the same pairs of antioxidants. However, the current evidence does not support any antioxidant appeared as more effective than any other on pregnancy rate or on sperm parameters.